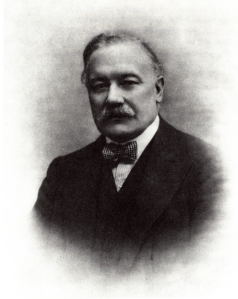 Edward Clark and his Legacy

The Collection has its genesis in the will of Edward Clark. Edward Clark was born in Edinburgh, to Robert and Emma Clark on 11 December 1864. His paternal grandmother Isabel was sister to Adam Black, Lord Provost of the City of Edinburgh from 1843 to 1848, and a Member of Parliament from 1854 to 1865. More relevant to our interests however is that he began business as a publisher in Edinburgh in 1815, taking his nephew Charles
into partnership and thus founding the firm of A. & C. Black. Black published the Edinburgh Review for many years, and also acquired the copyright in the Encyclopaedia Britannica when the business of Archibald Constable & Co. was dissolved in 1828.

You can read more about Edward Clark and the provisions of his will here: –  EdwardClarkLegacy.pdf

William Maxwell and the Collection

William Maxwell joined the firm at the age of 19 as confidential clerk to Edward Clark, and by the time of Edward Clark’s death in 1926 he had worked his way up to Managing Director.  He  became the prime mover in assembling the Edward Clark Collection as we know it today.  Maxwell began collecting the books as early as 1931 (or perhaps before that), and kept the early purchases at his own house.

By the time of opening Maxwell had assembled  “over 120 volumes selected from the work of distinguished European and other presses from the sixteenth century to the present day, including such works as a copy of Eusebius, printed by Robert Estienne in 1544 in the Greek types of Claude Garamond, a copy of the large folio Baskerville Bible of 1763 in perfect condition, and excellent examples from the Kelmscott, Doves, Ashendene and other private presses.” [1]

William Maxwell continued to purchase material for addition to the collection up to his death on 12 October 1957, though around a year earlier the Clark Trustees had transferred responsibility for the funds of the “Printing School Trust” to the Governors of Heriot-Watt College.

In 1966 the opportunity arose to acquire a considerable number of books from the Library of the late Bernard H. Newdigate, who had operated the Shakespeare Head Press. This very valuable addition added appreciably to the books from Private Presses, not only from the Shakespeare Head Press but also from others. Bernard Newdigate
had, in the 1930’s, reviewed in The London Mercury books for their typographical content as opposed to their literary merit. Among the books so acquired were the copies which had been sent to him for review as well as scrap-books containing the reviews themselves, and correspondence.

Edward Johnston (1872-1944) is a renowned figure in British design. His influence on British printing, through his calligraphy and type design is well documented, and Edinburgh Napier University Library holds a fine representative collection of books by and about Johnston, and his pupil, Eric Gill. This is fitting since Johnston was of Scottish ancestry, attended University in Edinburgh, and lived for a while at 3 Merchiston Place, not far from Edinburgh Napier University’s Merchiston campus, the home of the Edward Clark Collection.

A number of books from Johnston’s personal library were obtained for the Edward Clark Collection in 1956. The items were distributed throughout the collection according to broad subject areas: 16th, 18th, 19th, and 20th century book production; Books, book-making & book-binding; Calligraphy, writing and lettering; Decoration; Illustration; Presses and printers; and Additions. The items were highlighted with the suffix “JOH”‘ in the two volume printed catalogue of the collection published in 1976 [1]. Following a re-cataloguing project completed in July 1998, the records in the printed catalogue were converted to machine-readable format and upgraded. These records are now available through the Library catalogues where works by, about, and once owned by Edward Johnston can be located.

Catalogue of items from Edward Johnston’s Library in the Edward Clark Collection lists only the books once owned by Edward Johnston and provides where possible some additional information on the significance of the titles, and particularly where Johnston himself has annotated or drawn on the books. Please note that this catalogue is in AdobeAcrobat format and requires a PDF viewer.